In 2019 the beautiful Drill Hall Jarrah parquetry floorboards were substantially damaged due to leaking storm water pipes.  The original stormwater system included terracotta pipes running underneath the Drill Hall floor. Leaks in these pipes were the cause of the damage. To avoid future leaks, the pipes had to be redirected to the outside of the building. This has been a significant project and works are expected to be completed in August.

Managed by the site owner, Department for Environment and Water in conjunction with Brimblecombe and Spotless, the first job was to move the World War One Russian canons away from the excavated areas near the building. This task was achieved with help from the Artlab conservation specialists.

Although the storm water diversion project has received a great deal of support from management and tenants, there were times when works have had to be put on hold allowing crucial veteran and military commemorative services to take place. The project itself has encountered other unexpected delays due to very wet weather, discovery of unexpected water pipes, data and electrical cables and pipe diversion due to large tree roots.

Throughout the project, there has been some disruption to the tenants. However, this has been unavoidable as this essential project will ensure this wonderful heritage building is appropriately cared for and further water damage will be avoided. 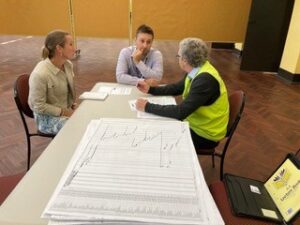 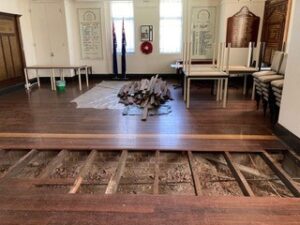 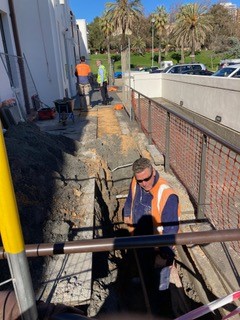 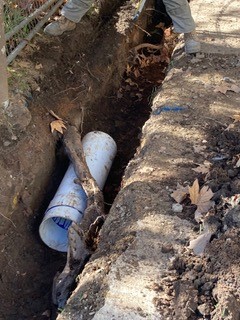