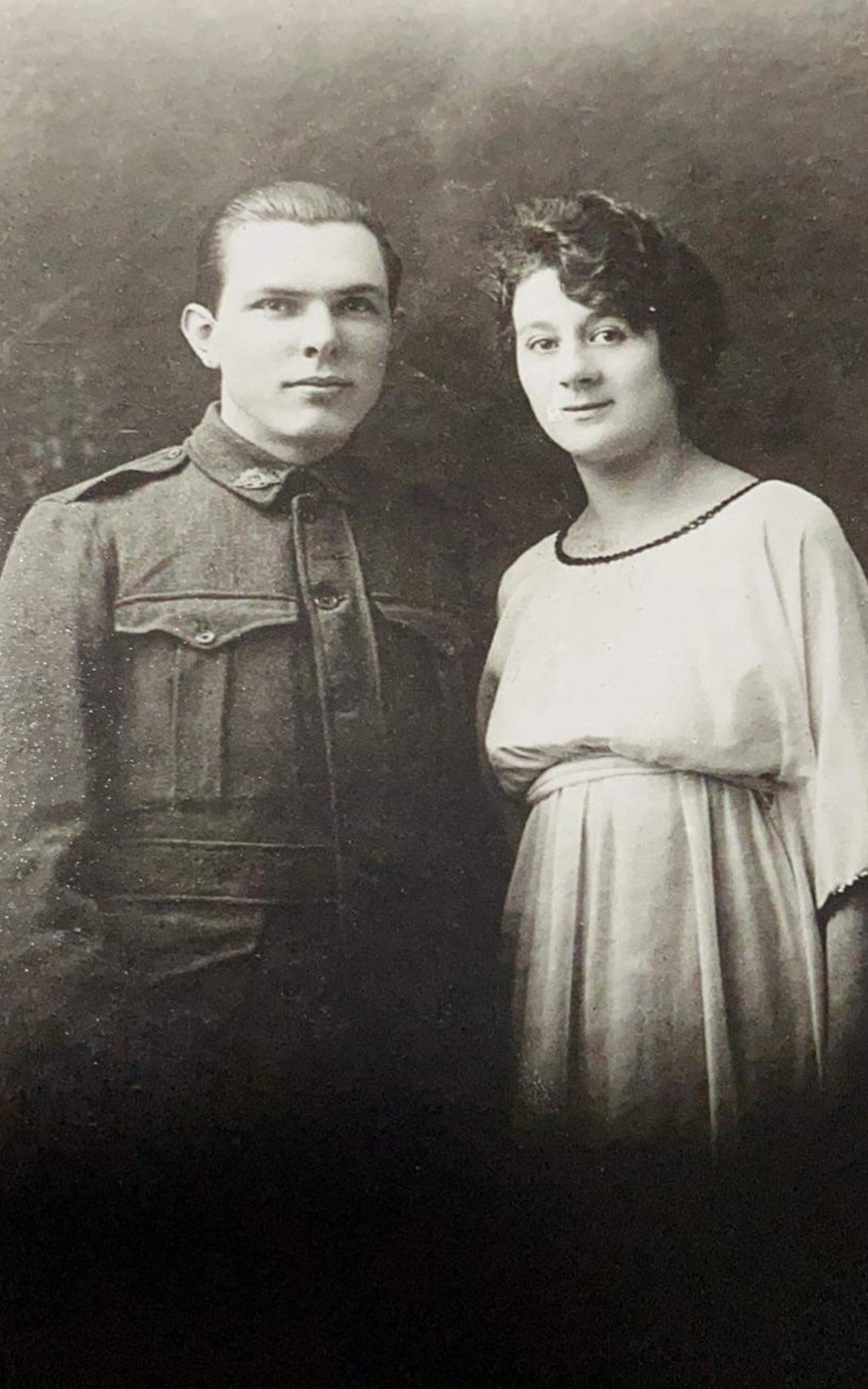 The discovery and commemoration of World War I soldier Harold Gebert’s final resting place in Port Pirie is the last chapter in a remarkable wartime love story.

Private Gebert, who served in France in 1915 with the 10th Battalion of the Australian Imperial Force, met his wife Georgette whilst on service. They married in France and later returned to Australia.

More than 45 years after his death, the South Australian soldier has been identified in an unmarked grave next to his wife in the Port Pirie Cemetery.

The discovery marks the final chapter in an incredible love story and brings closure to Mr Gebert’s descendants, many of whom attended a recent ceremony to dedicate a new headstone that honours the war hero’s sacrifice to the nation.

Mr Gebert’s granddaughter Eve Deeble said the family was overwhelmed with the ceremony and thankful to have a headstone that acknowledges his service to the country.

“The work that went into that day was a real eye-opener to us all with the little things like the Australian flag on the grave site, the poppies that we could write our own little messages on,” Ms Deeble said. “The family was given a set of his medals and the enlistment paperwork which now means we can teach and pass on the facts to our children and their children.”

Mr Gebert is one of 18 World War I soldiers whose unnamed graves were recently identified at the Port Pirie Cemetery.

The soldiers’ unmarked headstones have been replaced with formal headstones, bearing their names and service details to honour their sacrifice to the nation.

A small group of local volunteers is undertaking a mammoth task – known as The Headstone Project – to locate and commemorate the final resting places of World War I veterans across some 900 cemeteries in South Australia. 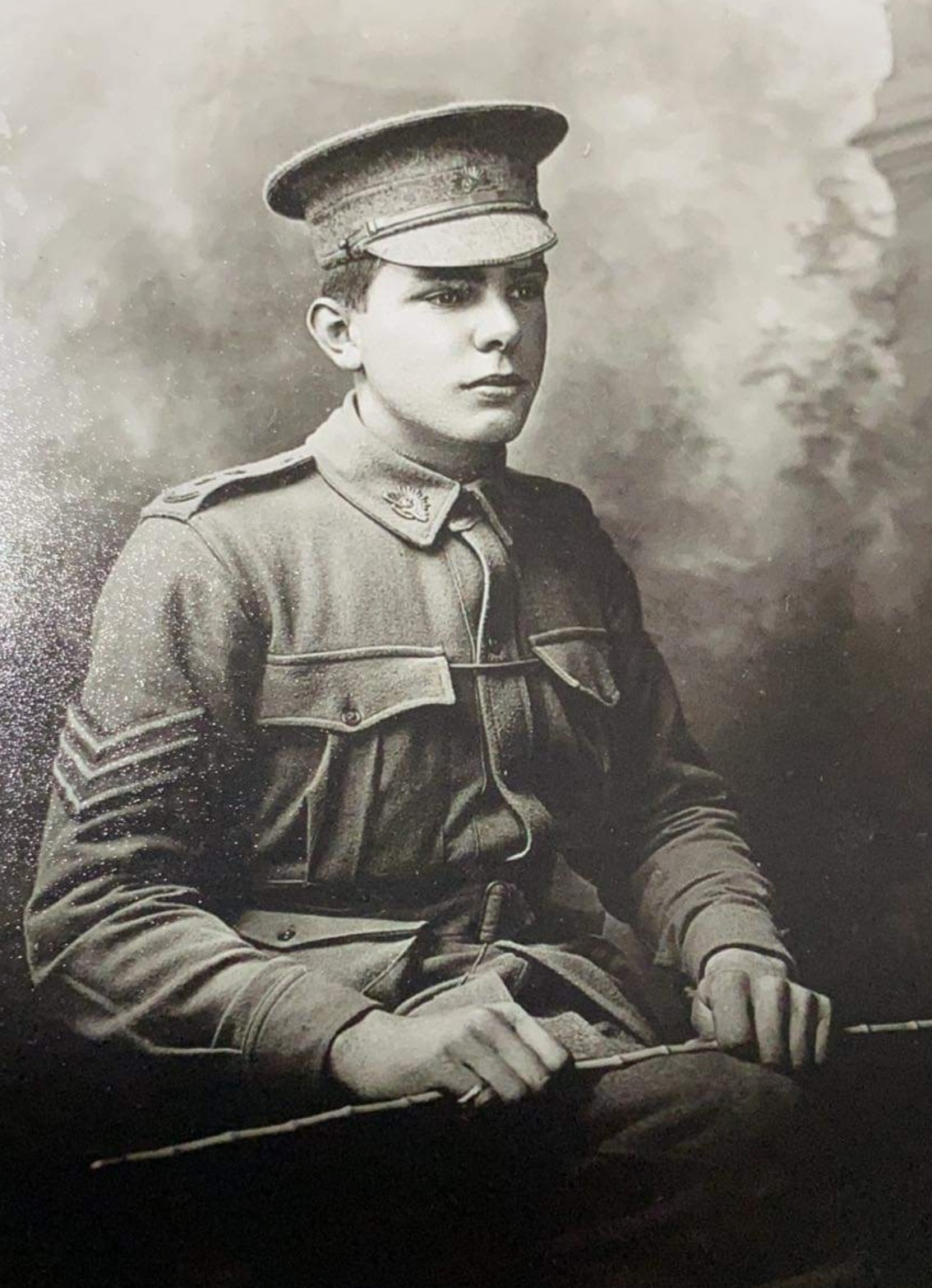 Headstone Project SA president John Brownlie said since the project began in South Australia in 2017 the graves belonging to 150 veterans have been identified, with around half of those dedicated with newly-made headstones and official ceremonies attended by family descendants.

“Many of these men died at a time in the 1920s and 1930s when money was scarce, and grieving families were often faced with the grim choice of putting food on the table, paying the rent, or putting a marker on a loved one’s grave; understandably, the family’s welfare most often won out,” Mr Brownlie said.

“Others returned badly affected by their wartime experiences and suffered from mental health issues. Today we understand this as PTSD, however at the time the problem was little understood, and the men didn’t receive the treatment they needed. They often became estranged from their families, wandered off, and finished up in pauper’s graves a long way from the embrace of their families.

“Many veterans or their families, simply didn’t understand the processes involved in making a claim for benefits or treatment from government agencies and were unaware that they may have been entitled to assistance.”

Mr Brownlie said the project involves extensive research, record matching and tracking down the soldiers’ descendants, and estimates there are more than 2000 unidentified World War I veterans buried across South Australia.

“The Headstone Project team believes all veterans deserve recognition for their service to their country,” he said.

“Those who have fallen in battle are interred in beautifully maintained war cemeteries around the world, rightfully funded in part by the Australian governments’ contributions to the Commonwealth War Graves Commission.

“Those who return but whose later deaths can be directly attributed to their war service, are buried in graves funded in perpetuity by the Department of Veteran’s Affairs through the Office of Australian War Graves.

“Our veterans met neither of these criteria, and thus had no entitlement to any Commonwealth benefits or assistance, and so, too often, fell through the cracks – they deserve better.”

Veterans SA has been a strong supporter of the project, which ensures South Australia’s war heroes receive the recognition they deserve while preserving the state’s proud military history for generations to come.

The agency recently provided $8000 through the Anzac Day Commemoration Fund to support the volunteers’ ongoing efforts, with a total of $30,000 granted to the project since 2018.

Read more about The Headstone Project