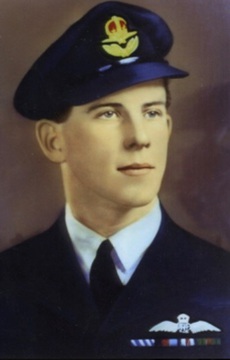 From the Kokoda Track and the islands to the war in the air – and the remarkable story of Howard Hendrick, who left his family’s Riverland fruit block, became a bomber pilot, logged 31 operations over Europe and was awarded the Distinguished Flying Cross.

There would be post-war recognition for Howard Hendrick too – Loxton’s Citizen of the Year for 2016 and, in the 2019 Australia Day honours list, the Medal of the Order of Australia for his good deeds at a local school and for visiting service veterans in hospital.

Howard’s story was collected as part of a oral history community project called World War II in Words where South Australian World War Two veterans shared their stories in their own words.