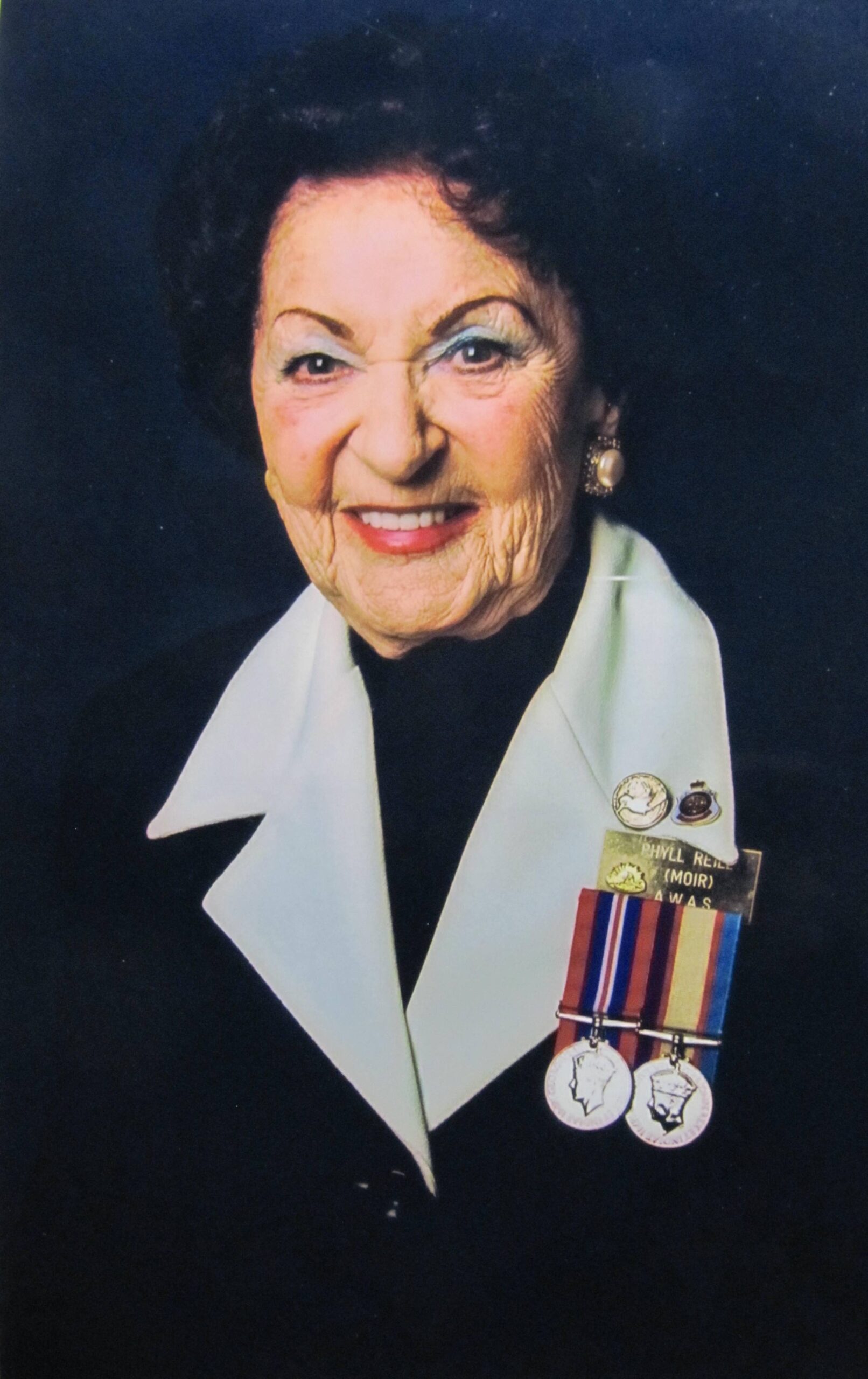 This is the story of Phyllis Reilly.

Phyllis wanted desperately to drive trucks for the army in World War II, but her petite build ruled that out – the authorities said she wouldn’t be able to reach the pedals. But Phyll (as she always liked to be known) had an enterprising nature, honed by her parents’ success in operating cinema shops. So she still joined up, serving in the Australian Women’s Army Service and – after the war – achieved her ambition for some long-distance driving by running a retail venture of her own.

Phyllis’ story was collected as part of a oral history community project called World War II in Words where South Australian World War Two veterans shared their stories in their own words.