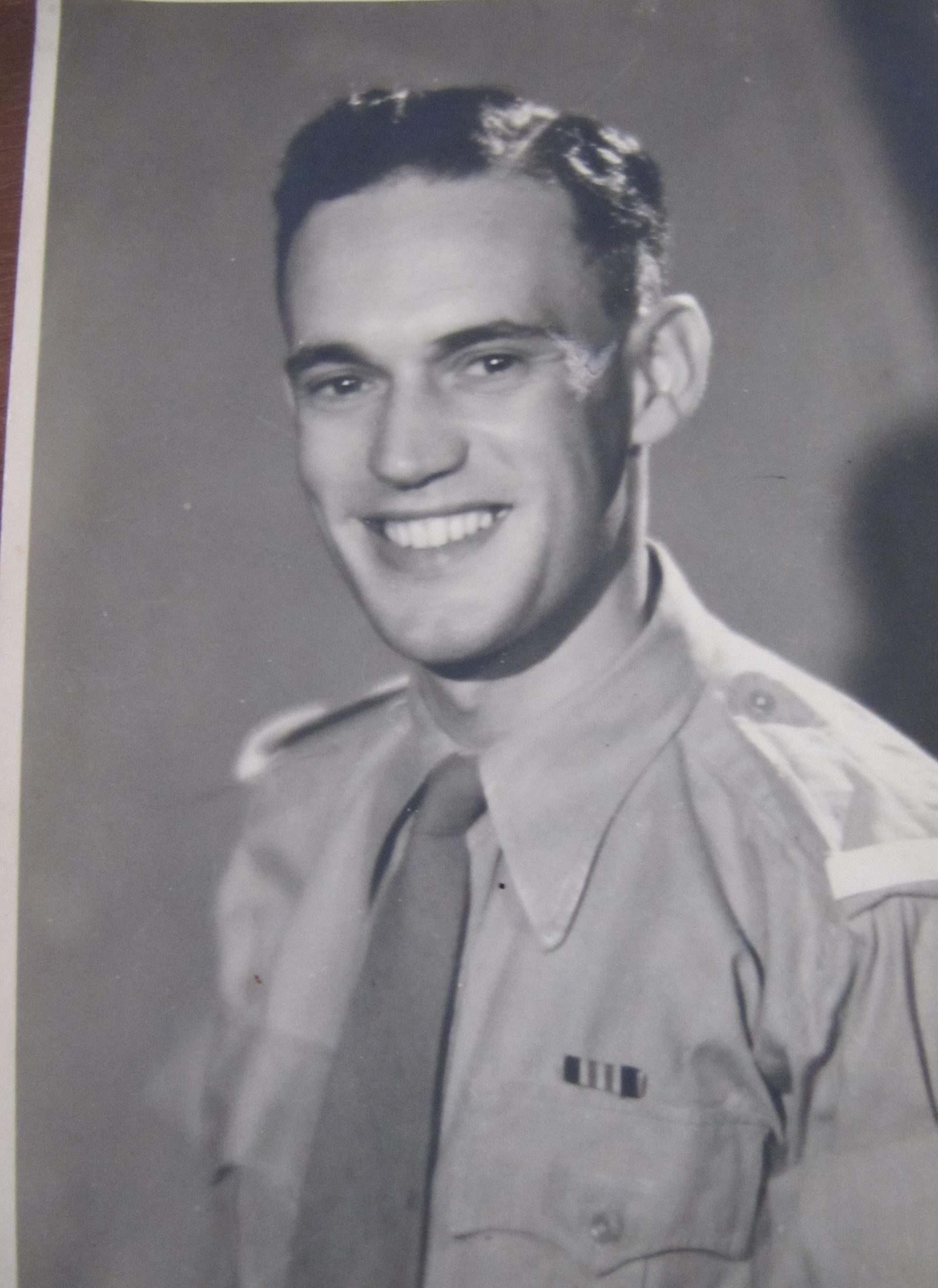 This is the story of Viv Samuel.

Vivian Dennis Samuel served as a tank commander in the British army – first with the City of London Yeomanry and later with the Royal Tank Corps.

He was awarded the Military Medal. At his home in Blackwood, in the Adelaide Hills, he has a letter signed by King George VI attesting to his courage under fire.

Viv’s story was collected as part of a oral history community project called World War II in Words where South Australian World War Two veterans shared their stories in their own words.