The Morrison Government is investing around $350 million for the build program of six new Cape Class Patrol Boats for the Royal Australian Navy.

“These vessels will not only enhance national security, but will provide important economic stimulus and employment continuity during the COVID-19 pandemic,” Minister Reynolds said.

“The ability to build more of these vessels in Australia will deliver Australian Industry Content of more than 65 per cent, providing significant opportunities for Australian industry and Defence, as well as more than 1,200 workers in the broader Australian supply chain.”

“This will help to ensure continued employment opportunities for 400 of Austal’s commercial shipbuilders in WA, with flow down benefits to Austal’s supply chain,” Minister Price said.

“Austal is an Australian industry success story with the company already building variants of the Cape Class Patrol Boat for international customers including the government of Trinidad and Tobago.

“They are also building the Guardian Class Patrol Boats in support of the Morrison Government’s Pacific Patrol Boat program.” 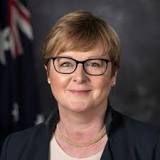