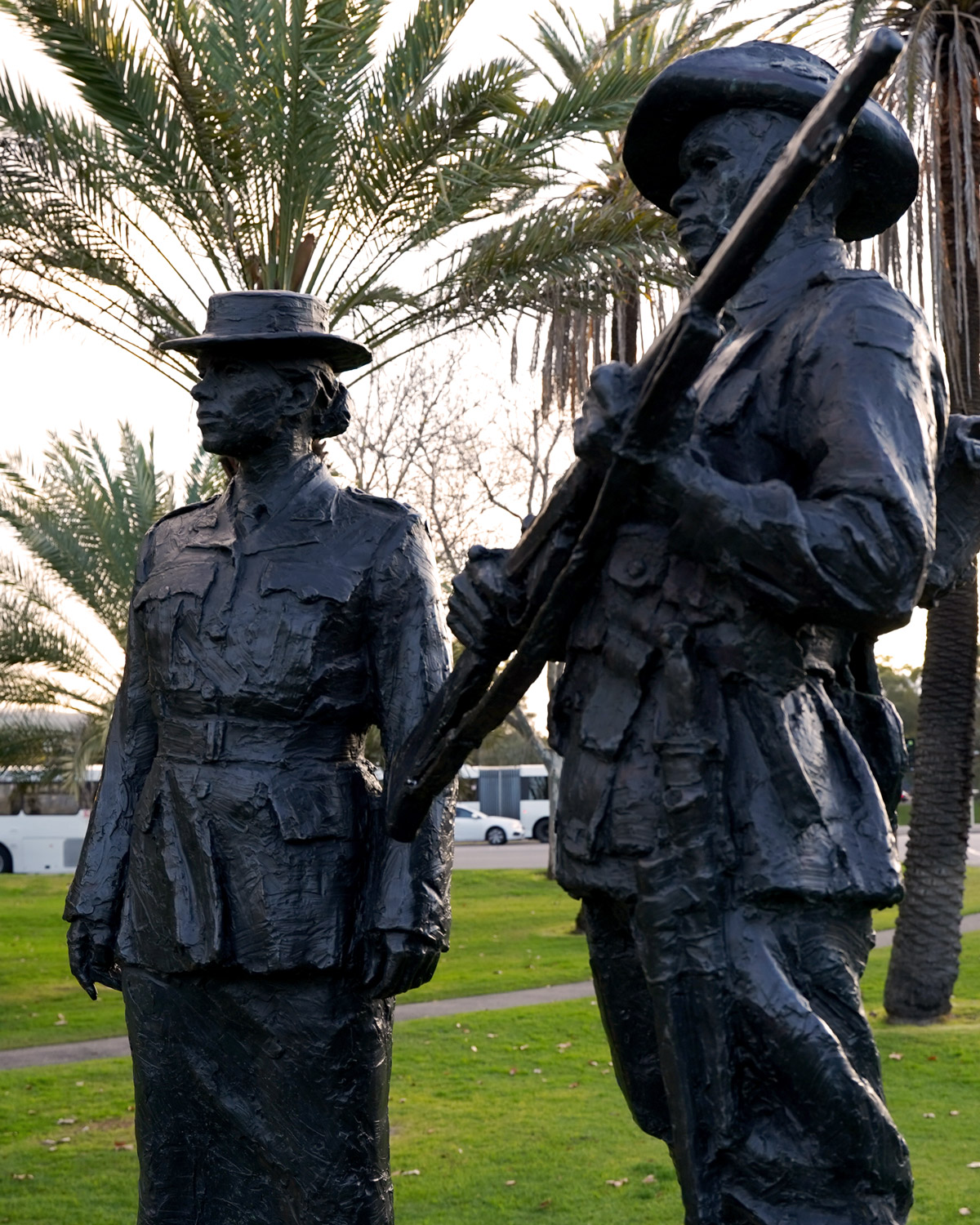 Despite being barred from serving in the armed forces during the first half of the 20th Century, Aboriginal and Torres Strait Islanders have enlisted and served in every war and peacekeeping mission Australia has been in since the Boer War (1899-1902).

Former Service policies did not offer First Nations people the option to identify their cultural heritage on enlistment, causing a significant part of Australia’s conflict history to be long overlooked.

Recognising this disappointing gap in remembrance, Adelaide was among the first capital cities in the country to commemorate the service and sacrifice of all Aboriginal and Torres Strait Islander people through a national memorial. 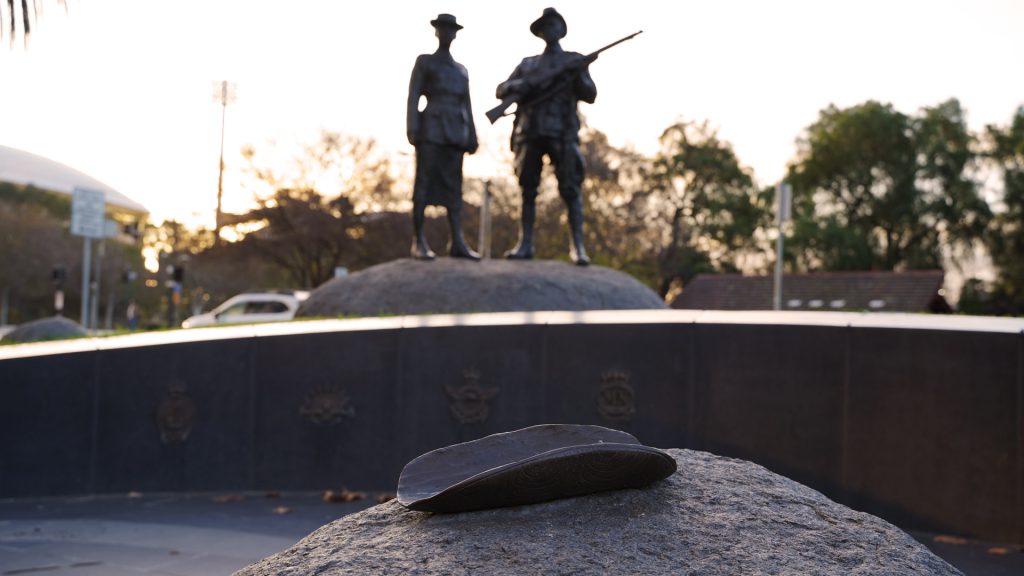 The figures are standing above a traditional carrying vessel called a coolamon – which stands as a ceremonial centre and focal point – their prominent position represents their role as defenders of Australia and holders of a deeper knowledge of the land.

The Rainbow Serpent – a creature from the Dreamtime creation story – surrounds the two figures, while a walkway leading to the artwork bears the names of First Nations servicemen and servicewomen.

The memorial provides an important focal point to honour the memory and contribution of Aboriginal and Torres Strait Islander servicemen and women.

Veterans SA encourages you to visit or learn more about the National Aboriginal & Torres Strait Islander War Memorial and the service history of our First Nations people.