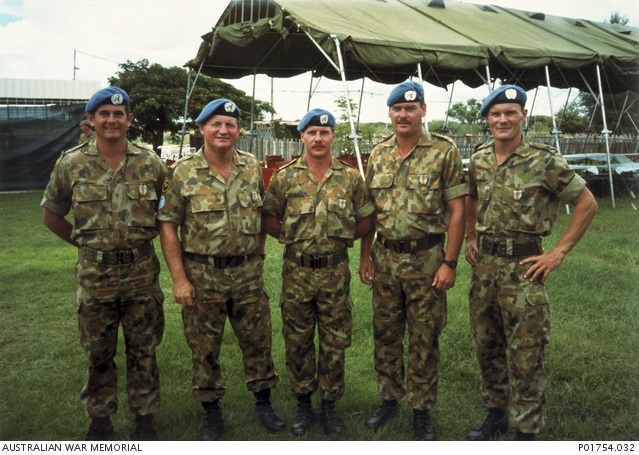 Australian peacekeepers have been in the field continuously providing critical support to communities around the world for the past 75 years, and it is important that we recognise and reflect on this today.

Today marks 75 years since the first Australian Defence Force (ADF) personnel were deployed under a United Nations mandate to provide peacekeeping support to the Dutch East Indies during its independence struggle in 1947.

Since this time, tens of thousands of Australians have served in multinational operations to maintain peace and help rebuild communities.

From the first peacekeepers deployed to the region we now know as Indonesia, to those currently serving in operations in Korea, the Middle East and South Sudan, Australian peacekeepers have earned a significant place in our country’s service history.

Today’s milestone anniversary is an opportunity to pay our respects to the 16 Australian peacekeepers who have given their lives to service during missions and reflect on the unique contributions of all ADF personnel that have served on peacekeeping missions across the globe.

It is also an opportunity to acknowledge the contributions of Australian Federal Police personnel and state and territory police officers who have worked alongside the ADF on many peacekeeping missions.

Australian peacekeepers have been in the field continuously providing critical support to communities around the world for the past 75 years, and it is important that we recognise and reflect on this today.

Peacekeeping operations are unique and often dangerous. I ask all South Australians to join me in commemorating the valuable contributions of Australian military personnel and police in the service of peace.