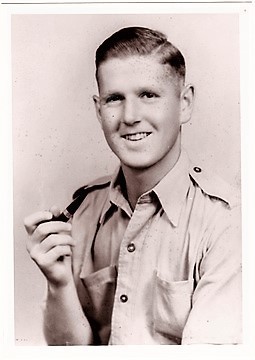 This is the story of Brian Leahy.

The memories of Able Seaman gunner Brian Leahy who saw the Panama Canal, Florida, and New York as well as surviving the torpedo attack on HMAS Hobart are still vivid in his memory. From the quiet of a retirement home in Adelaide’s eastern suburbs, he recalls a war rich in encounter and high in dramatic incident.

Brian’s story was collected as part of a oral history community project called World War II in Words where South Australian World War Two veterans shared their stories in their own words.