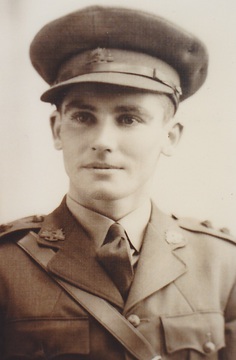 This is the story of Ed Ebsary.

Ed Ebsary a farmer from the Yorke Peninsula went to war, was twice wounded, and then proceeded to a post-war life of distinguished community leadership. In 1989, he was named Citizen of the Year for the township of Bute. In 1991, his public service – in agriculture and sport – was further recognised with the Medal of the Order of Australia.

The RSL added to his list of honours in 2018 through bestowing upon him its highest award, the Meritorious Service Medal.

Ed’s story was collected as part of a oral history community project called World War II in Words where South Australian World War Two veterans shared their stories in their own words.