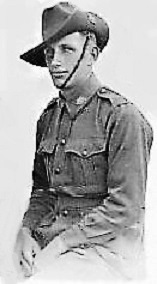 This is the story of Murray Willing.

Rat of Tobruk Murray Willing, endured that famous siege while serving with the 2/10th Australian Infantry Battalion. Later, he would be badly wounded in New Guinea and then strafed by Japanese fighters as he was lying on a stretcher. His tough early life in the country had given him a generous serve of endurance.

Murray’s story was collected as part of a oral history community project called World War II in Words where South Australian World War Two veterans shared their stories in their own words.