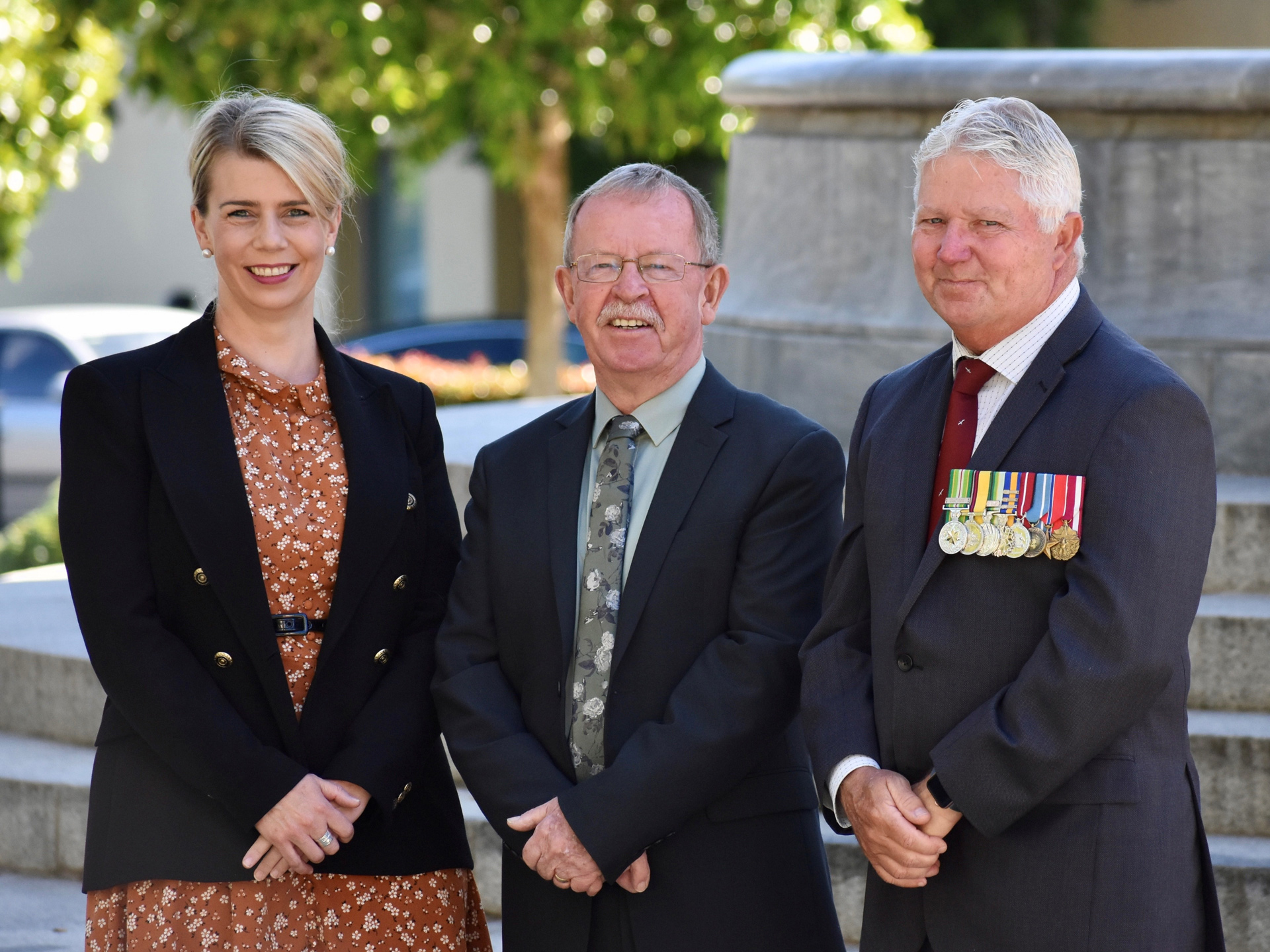 The new appointments reflect a broad range of voices, delivering greater representation of contemporary service people and families as well as an increased focus on wellbeing, incarceration, and homelessness matters.

Former Veterans SA Director, Colonel Robert Manton, has been appointed as VAC’s Chair. The Chair and council provide advice to the South Australian Government about matters concerning the veteran community.

The group will join existing members Cheryl Cates, Nathan Klinge, Chris Tilley and Mal Thiele who have been reappointed to the council in 2023.

The appointments follow an independent recruitment process undertaken in recent months to recruit new members for an inclusive council.

The first meeting for the new VAC is planned for 23 February 2023.

For more information about the Veterans Advisory Council visit: veteranssa.sa.gov.au/VAC

Quotes attributable to Geoff Brock
COL Manton is a highly respected member of the South Australian veteran community who will bring a wealth of experience and knowledge to guide the council during his tenure.

I would also like to extend my sincere thanks and gratitude to the outgoing members, including former chairs COL Susan Neuhaus and Mr John Godwin, for their valuable contribution to the council during their tenures.

Quotes attributable to COL Robert Manton
I am acutely aware of the unique demands that military service places on individuals, their families, and carers.

I look forward to working with council members and the State Government to ensure the needs of our current and former service people and their families are identified and addressed.