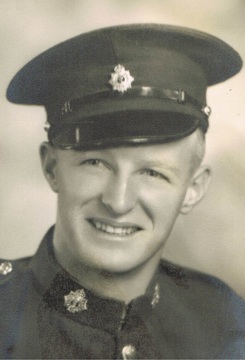 This is the story of Jonathon ‘Jack’ Tredrea.

Old soldiers advise young soldiers never to volunteer for anything. Jonathon (‘Jack’) Tredrea ignored that advice – and found himself dispatched to operations behind enemy lines as a commando with the Z Special unit … highly trained in unarmed combat, weaponry, and sabotage. He served under Major Tom Harnett Harrisson, a British officer in command of clandestine operations against elements of the Japanese forces in Borneo. Warrant Officer Jack Tredrea was awarded the Military Medal, and ever since his has been a name revered among people of the Borneo highlands. He had still been leading raids in mid-October 1945, two months after Japan surrendered, simply because no-one had told him the war was over. It was all a dramatic shift from his civilian training at a firm of gentlemen’s tailors in Adelaide.

Jonathon’s story was collected as part of a oral history community project called World War II in Words where South Australian World War Two veterans shared their stories in their own words.